“Digital Twin” has become a hot buzzword recently, and with good reason. Digital twins empower organizations to take targeted action to lessen the likelihood and impact of cyber-attacks while staying one step ahead of the cybercriminals. And crucially, digital twins can also help bridge the cybersecurity skills gap by strengthening the effectiveness of cybersecurity teams on the ground today.

Cyber-attacks can cause significant financial and reputational losses to businesses, and more of them are happening every year. Yet, at the same time, companies struggle to find and keep highly trained security professionals. According to a 2021 study, the global cybersecurity workforce must grow by 65% to defend organizations’ critical assets effectively. So, how do we safeguard our systems in an increasingly severe cyber threat landscape? And in a world where talented security professionals are in short supply? Cyber range and digital twin technology offer a promising solution.

A cyber range is a controlled, interactive technology environment where fledgling cybersecurity professionals can gain hands-on experience securing the corporate environment. Cyber ranges simulate the on-the-job experience, provide real-time feedback, and provide a place where new ideas can be tested, and teams can work to solve complex cyber problems.

Similarly, a digital twin is a digital replica of a company’s assets, processes, users, systems, and devices that can be used for cybersecurity training and testing. As a result, digital twins have become a powerful tool for predicting and mitigating cyber risks. This is why a whopping 80% of security executives already use digital twin technology in some form.

Digital twins allow organizations to simulate cyber threats that mirror the real world. This means companies become better at predicting where hackers will strike, how attacks unfold, and what damage they will cause. Armed with this information, companies can make changes to their infrastructure to boost safety and test these changes before deploying them in the production environment.

Cybercriminals are constantly sophisticating their techniques and developing novel ways to infiltrate systems. Digital twins can play a powerful role here, catching and predicting these emerging tactics before they can damage live systems. For example, digital twins can construct attack graphs that predict the intruder’s most effective route. They also allow security teams to safely test various scenarios, responses, and processes to map out decision-making trees for appropriate cyber responses. 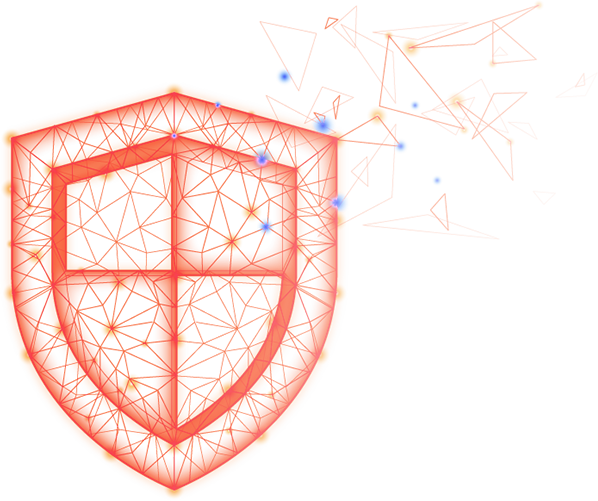 The use of Digital Twin for Cyber Deception

Cyber deception technology aims to deceive attackers by using traps and decoys, from entirely fake network environments to honeypots to breadcrumbs like artificial credentials. These traps are often distributed across the system’s infrastructure to imitate genuine assets. Then, if an intruder triggers the trap, the server can log and monitor the attack vectors at play. The overarching goal of deception technology is to protect the system by becoming better informed and prepared.

When it comes to the use of digital twins for cyber deception, it’s usually in the form of honeypots. Essentially, the digital twin looks like a real system and will be an attractive target to cybercriminals who want to wreak havoc on your network or quietly exfiltrate data. But while the hacker is busy attacking your digital twin, your network remains safe.

Cyber deception technology is becoming increasingly popular because it can detect attackers before a breach, gain real-time threat intelligence specific to an organization, and eliminate false positives or alert fatigue.

Why Is Digital Twin Technology Important to IoT

IoT is skyrocketing in popularity right now, and with good reason. These networks of connected devices, which include software, objects with sensors, and other technologies, help deliver value for businesses across the world. Companies can avoid costly machine malfunctioning with predictive maintenance sensors. They can leverage IoT for remote asset monitoring, process automation, location tracking, plant performance optimization, creating new product lines, and more. For these reasons, IoT has become a prominent part of most organizations’ digital transformation initiatives. But concerningly, a whopping 97% of organizations say there are challenges to creating value from IoT data. Luckily, digital twin technology offers a better way forward.

Cyber Range As A Service

Kubernetes is a software orchestration engine for containerized applications, which provides the basis for deploying and managing containers at scale. This article explores how Kubernetes can be used to build and manage what is known as digital twins – dynamic representations of physical assets with their own data-driven behavior.

“Digital Twin” has become a hot buzzword recently, and with good reason. Digital twins empower organizations to take targeted action to lessen the likelihood and impact of cyber-attacks while staying one step ahead of the cybercriminals. And crucially, digital twins can also help bridge the cybersecurity skills gap by strengthening the effectiveness of cybersecurity teams on the ground today.

Manage Cookie Consent
To provide the best experiences, we use technologies like cookies to store and/or access device information. Consenting to these technologies will allow us to process data such as browsing behavior or unique IDs on this site. Not consenting or withdrawing consent, may adversely affect certain features and functions.
Manage options Manage services Manage vendors Read more about these purposes
View preferences
{title} {title} {title}